4 Fantasies to Read This Fall

What are some of your favorite genres for pure entertainment? My top two are mysteries and fantasies, and every publishing season I'm on the lookout for fresh titles to add to my reading list.

Here are four new fantasies, geared to a young adult audience, that are on my nightstand. Each appeals to me for different reasons, and I'm not yet sure which I'll read first, though A Winter's Promise is currently calling to me. 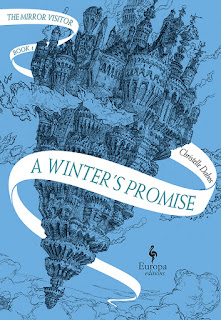 A Winter's Promise by Christelle Dabos (Europa, September 25) is the first entry in the Mirror Visitor Quartet, originally published in French. This epic fantasy begins as Ophelia, a young women with special talents (such as the ability to travel through mirrors), comes to terms with an arranged marriage that takes her far from home and involves her in a political struggle. Reviewers across the board have praised this novel for its world building and character development. Two things that attract me to this book: no love triangle and a bookish hero. A Winter's Promise is a Kids Next List Pick and has garnered a Publisher's Weekly starred review. Here are the opening lines:


It's often said of old buildings that they have a soul. On Anima, the ark where objects come to life, old buildings tend mostly to become appallingly bad-tempered. 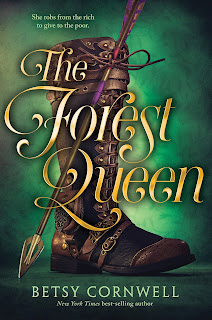 The Forest Queen by Betsy Cornwell (Clarion Books, August 7) isn't technically a fantasy but is rather a retelling of the Robin Hood legend with women in the main roles. Silvie takes to the woods with a band of villagers, including Little Jane and Mae Tuck, in an attempt to counteract the deeds of her evil brother, John, who has become the local sheriff. Reviewers have mentioned diverse characters and a good entertainment factor. Two things that attract me to this book: sounds fun and I adore the cover (go ahead, call me shallow, I don't care). The Forest Queen gets a 3.5 rating on both Goodreads and Amazon. Here are the opening lines:


High in the trees of Woodshire Forest on a sunny day, the light doesn't seem to come from above you at all. Light springs out of the leaves there, a round robin of tree and sky: it streams off every twig, drips into the edges of each ebbing shadow until the whole canopy floods with gold, until the air itself smells like light, bittersweet and fresh. You can drown in green sunshine up there. 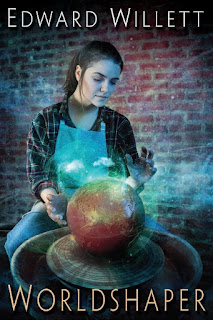 Worldshaper by Edward Willett (DAW, September 18) is the first in a new urban (portal?) fantasy series featuring a young potter whose world is shattered when her best friend is murdered and she realizes she might be the next victim. The story takes place on several worlds, which make up a labyrinth, and our protagonist must put her trust in a stranger and her own powers to end the violence and help the powerful woman at the center of the universe. Reviewers have mentioned good action and deeper themes, Worldshaper earned a starred review from Publisher's Weekly. Two things that attract me to this book: the combination of urban fantasy with a hero's quest and curiosity about how the different worlds are connected. Here are the opening lines:


Karl stumbled through the door, spun, slammed it closed, then slapped his palms against the rusty steel. Blue light crackled across the metal, briefly outlining the KEEP OUT: DANGER sign, faded red paint on white, that hung at eye level. He rested there for a moment, breathing hard, then straightened and turned to see what kind of world he had entered. 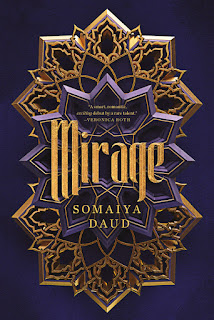 Mirage by Somaiya Daud (Flatiron, August 28) is a debut epic fantasy (with sci-fi elements) about a young poet who is kidnapped by occupying forces and taken to the palace to impersonate the much-hated princess, thus standing in to take the fall for any assassination attempts. Amani must find a way to stay alive in an increasing complex political game. Reviewers have noted the rich, diverse world with elements taken from North African and Arabic cultures. Mirage is a Kids Next List Pick. Two things that attract me to this book: diverse author and themes and the mix of fantasy with science fiction. (Bonus: a very cool map). Here are the opening lines:


On a small moon orbiting a large planet, in a small farmhouse in a small village, there was a box, and in this box was a feather. The box was old, its wood worn of any trace of design or paint. It smelled of saffron and cinnamon, sharp and sweet. Along with the feather there sat an old signet ring, a red bloom preserved in resin, and a strip of green velvet cloth, frayed around the edges.